We are already endowed with these beautiful natural products that benefit or in one way of the other. We have seen their uses and yet the most important things have been discovered about them.

Spices are not left out of the most amazing natural ingredients on the surface of the earth; Cinnamon, in particular, is part of them.

It is useful in two major ways, either as ground otherwise known as a powder or as sticks. It usually tastes sweet and peppermint packed with a lot of health benefits.

Today, I will be answering some fast questions about cinnamon as a means to enhance research and business transactions. Here we go:

Cinnamon sticks are beneficial health-wise and for many years people have been using them as spices.

Can I grind cinnamon sticks in a blender 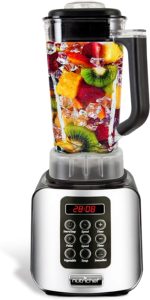 Blenders are one of the most powerful tools that will help you bring your cinnamon sticks and other spices alike to an incredible powder. The cinnamon sticks can also be ground in food processors or if you are willing to work with mortar and pestle, it is not bad too.

Take the number of cinnamon sticks you need, do not allow it to fill up the blender top or cup completely. This is to allow for more space for blending movement of the cinnamon sticks.

Thereafter, go ahead to pulse your blender or let it be on high speed. There you have your finely ground, textured cinnamon powder.

Yaay! Got it now?

Whether you intend to use top blenders like the Vitamix or the Ninja, rest assured that blenders will grind your cinnamon sticks into finely blended powder for you to go ahead and use it.

Care must be taken when adding the cinnamon sticks into your blender though, do not allow it take as much as space as it fills up your blender cup.

Alternatively, you could add the cinnamon stick to boiling water and allow it to boil for 5 or 15 minutes and then let it simmer for half an hour or less.

You can now add an equal measure of caster sugar to the water and reduce till dissolved and thickened. This will make a cinnamon syrup that will either soap your dough or make the icing.

What is the best machine to grind cinnamon sticks

There are lots of machines that can grind cinnamon, but as a spice, the most suitable machine for grinding it should be spice grinder or a blender like this Ninja Blender: another alternative is a coffee grinder or food processor too can do a perfect job.

However, I am recommending this powerful blender for you.

How do you grind whole cinnamon sticks

Whole cinnamon is good even as a stick, but you may want to grind it to be used as a spice for your food or other purposes. For instance, my sister grinds cinnamon and then mix it with some amount of honey to serve as an anti-ageing agent.

All you need is to place the cinnamon sticks into a manual or automatic coffee grinder, or spice grinder, or mortar and pestle or food processor or blender, and start grinding them with immediate effect.

If you notice the sticks are too long, you can stylish break them into small pieces either by your hand so that the grinder lid can close without inconvenience.

Run the grinding process until the cinnamon stick is completely crushed into powder.

Can you make cinnamon sticks into powder

Of course, you can. We already discussed this above.

This is achievable by roasting whole cinnamon and then come with crushing the sticks into a fine powder. There are many alternative ways to crush the sticks into powder, you may decide to make use of spice grinder, food processor, manual grinders or coffee grinder, and pestle and mortar are not excluded.

Other important questions to note about grinding and using cinnamon sticks

Can I use ground cinnamon instead of sticks

Both the ground and whole stick cinnamon have their usefulness and benefits. It is your choice to decide whether to use cinnamon as a powder or a stick.

One other thing that determines how you use your cinnamon is the purpose. For instance, if you want to use it as a ground spice in a smoothie or any other food items, definitely, you will have to grind the cinnamon instead.

Just like every other food items or natural product, if you don’t store cinnamon sticks properly, they will lose their quality. If you want your cinnamon sticks to maintain their nutrients for a very long time of say 3 to 4 years, the best way is to store them properly.

You also need to understand that no commercially packaged cinnamon sticks that don’t spoil. They may start losing potency over time and will not give flavour to food as desired.

Is ground cinnamon the same as cinnamon sticks

Maybe if you said same in nutrient content. However, there are differences between cinnamon sticks and the powder and it is in appearance and then in giving flavour to food items.

The flavour result may be similar but cinnamon sticks offer a lower flavour to food compared to the ground cinnamon.

Can I use cinnamon sugar instead of ground cinnamon

Cinnamon is practically used for pastries, such as powdered doughnuts or for topping French toast for breakfast.

In my case, I will rather replace sugar with cinnamon since it is beneficial and can add a sweet taste to my food items and still benefit me health-wise.

Unlike sugar that is harmful to the body especially when taken in excess. Cinnamon sugar is a mixture of granulated sugar and ground cinnamon. It can be mixed with powdered sugar if it is well ground.

Can you grind cinnamon sticks in a food processor

Cinnamon sticks are also classified as spices with a lot of health benefits, they come in stick forms. I have seen my sister grinding them in a small ceramic mortar and pestle before.

As a spice, it can be ground in a food processor. You will, in fact, enjoy the taste of your cinnamon because a food processor, unlike many other grinders, is a heavy-duty machine with high power and as such will give you good smooth grinding.

Can you grate cinnamon sticks

Definitely yes, grating cinnamon sticks is not hard, in fact, a box grater or a ZESTER (like this one on Amazon) is okay for you to grind the quills into manageable pieces. 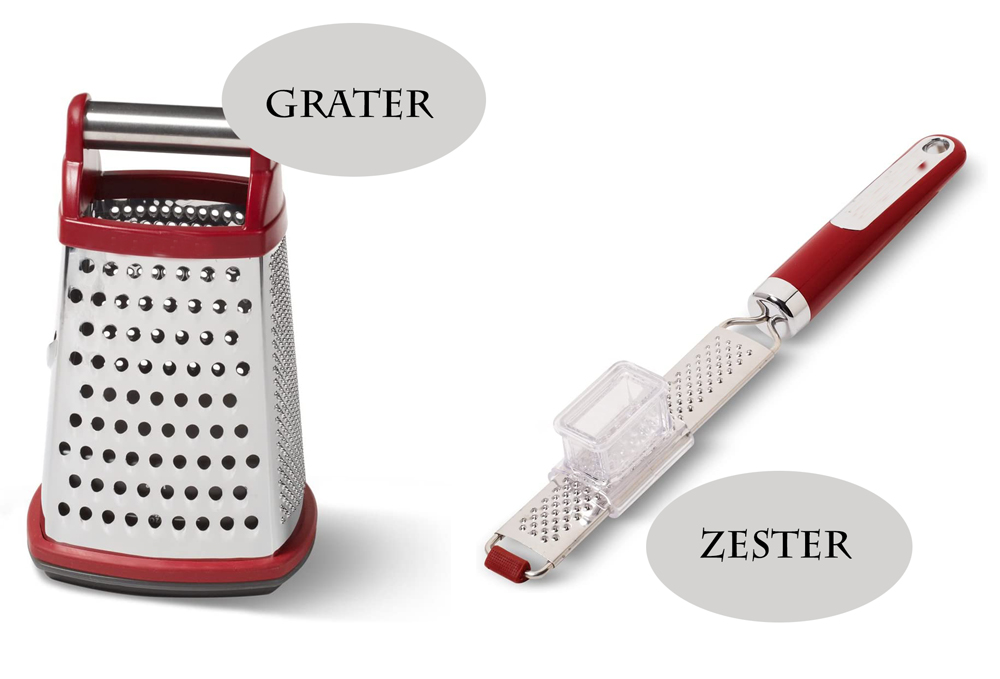 After which you can then grind the cinnamon further using either of these machines: food processor, blender, spice grinder especially or coffee grinder too will do a good job.

You can grate cinnamon sticks over a bowl using the fine blades of a box grater or ZESTER.

Can you grind cinnamon stick in a magic bullet

Magic bullet blender is known as one of the best in grinding spices, it will give your spices the best blend you ever can imagine.

How do you grind whole cinnamon sticks

Put the cinnamon stick in a mortar and grind with a pestle or use a spice grinder or coffee grinder to grind it until the sticks have been completely turned into powder.

After which you should decide which food item you want to use it as a spice. Some people can even be eating the powder of cinnamon just the way they eat powdered milk.

How do you make cinnamon powder without a grinder

The truth is that such a method will not give you powder but will almost or should I say gets to the halfway. I will not like to grind my cinnamon without a grinder, even though I don’t have it, I can use this type of blender to get it ground.

However, not grinding your cinnamon stick with a grinder is not a minus until your desire is to really make it a powder.

Can I make cinnamon powder from sticks

Sometimes it could be that a person doesn’t have any means to get those expensive grinders, blenders, food processors or coffee grinder or mortar and pestle; there is always hope to still grind your cinnamon sticks to powder.

How do you do it?

Roast your whole cinnamon and then crush it into a fine powder with any clean available substance harmless to health such as a spoon or clean white stone. The whole cinnamon is expected to be roasted in a pan for 2 minutes on low flame.

Before you know it, your homemade cinnamon powder is ready.

What can I do with old cinnamon sticks

If you want to reuse your cinnamon stick, all you need is rinse it under hot water, and allow it to dry. If at all you want to get the best flavour from your cinnamon the next time you want to use it, simply grate it with a grater to release its flavours.

It will come up with a flavour just like new cinnamon. You can repeat this grating process for like 4 to 5 times before discarding the sticks.

Do you need to wash cinnamon sticks

In some of our recipes, there is a need to insert some sticks into the meal as we cook them in order to extract the flavor of cinnamon into it and then later remove the stick at the end of the cooking.

Is it safe to eat cinnamon sticks

Talking about one of the most delicious spices, cinnamon is at the top. My sister was opportune to taste it a year back; she described it as something that is sweet and a bit peppering.

Eat small quantity or moderate amount because eating cinnamon too much can cause a side effect. Especially the Cassia or regular cinnamon that has a high quantity of coumarin can cause liver damage or cancer.

How long do cinnamon sticks last

This is a good question; even I love to preserve my spices at home so that if any reason rises to reuse them. Sometimes, some of the spices get spoiled quickly because I have not got a refrigerator.

In the case of cinnamon that doesn’t necessarily need a freezer, the sticks can last for about 3 to 4 years.

The sticks in general last more than the ground counterpart. It is just like other spices such as the whole nutmeg. The sticks last longer than the powdered form.

How do I make my house smell good with cinnamon sticks

In a nutshell, humans love nice fragrances and dislike bad smells. If you are like me that love nice smell, even though there is no cash for you to purchase a nice perfume, you can make one out of cinnamon sticks.

The stick smells like clean spirit. If you desire to take away unpleasant odours from your home.

Get some cinnamon stick and boil them for two minutes and then turn the fire low while the warm spiced scent diffuses your room with nice clean spirit smell. The simple stick really works wonder.

How many times can you boil cinnamon sticks

If at all you want the flavour to come out better, run it over a grater a few times.

Can I Grind Cinnamon Sticks In A Blender – Final Words

Cinnamon sticks can be grounded into a powder. Apart from being a useful product as a stick it also plays a lot of role health-wise as a beneficial stick.

I have recommended some blenders for you to explore in the grinding of your cinnamon sticks. I hope you check them out.

Let me know how it goes.