One question on the minds of weed grinders users is if storing weed in a grinder makes it go bad. Does it have its positives or is totally bad? Let’s see if that is true or not.

Does Weed Go Bad in a Grinder? No, it will not go bad in the sense of it, but it will dry out quickly if left for a long time. The weed grinder is not exactly watertight and as such the oxygen makes it dry out. The dry weed will quickly burn out when you intend to take a puff and could be harsh on your throat and lungs.

Studies have shown that keeping or making the weed grinder the permanent storage container for your weed is just not a good idea. It’s an act that can be detrimental to the health of your weed and the experience it provides you overtime.

A weed grinder is simply used to break up marijuana or cannabis buds making it easier to roll on paper, vaping or whatever means for usage. The above definition paves the way to our understanding of several factors that relate to the usage of grinders in general and as individuals.

Effects of storing your weed in the grinder 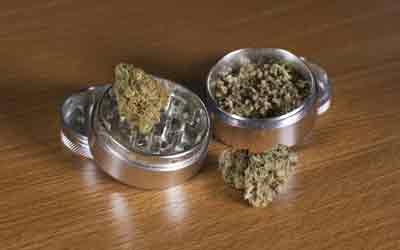 So therefore we conclude that leaving your weed in the grinder is really a bad idea, it’s not worth the try.

Why people keep weed in grinders?

There might be no definitive reason why some persons might choose to leave or keep their weed in the Grinders but below we are going to look into some relatable reasons and perspectives from various individuals on that topic.

It’s more like the reasons some people prefer putting their money in their socks other than their wallet; one might not come to a rational reason why certain individuals store their weed in the grinder.

For people like the aforementioned; whether fresh or not. they just want to have their weed anytime that it pleases them. They don’t want to worry about the consequences of leaving their weed in a grinder.

Some have no other options

Unlike the first user, this one just has no choice but to leave the remaining weed in the grinder if there are any leftovers from the last joint.

Some think grinders are storage accessories

Some individuals think that grinders are also storage accessories with which weed can be stored upon. These individuals do not know other weed storage items that can be used for maximum storage.

A lot forget their weed inside the grinder

Most people just forget to take the remaining unused weed back to the air-tight container where it should be. Why should they? When they just got high and most times passed out.

They keep their weed because it is easier to do

Most people keep their weed in their grinders because it is easier to find that way. The idea of losing their weed/joint seems abysmal considering the cost of quality weed these days.

Others are willing to go the extra mile. Some are known to keep their weed in the grinder while also shutting it up in an airtight glass jar with a screw on the lid that works very well.

How long is it okay to keep weed in a Grinder before it goes bad? 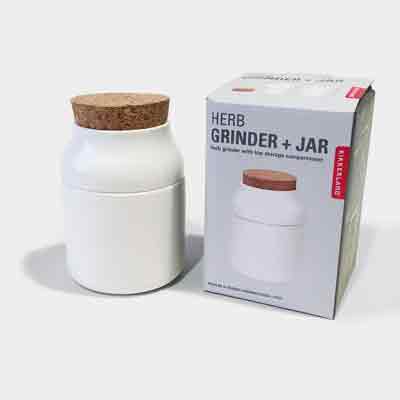 Inquisitive minds, aren’t we? I bet you are wondering how long it’ll take your weed to stay good while it’s been tucked away in your grinder all this while. While some folks do not care about the state of health of theirs, as they can seem to enjoy their weed no matter the state or form.

The rest of us are objective and will love our weed with a lot of aroma and moisture since there is a level to this game of highness.

So after due research “we have come up with a few keys or noteworthy facts on how long our weed can stay alright while in the grinder.”

Since it is not advisable to keep one’s weed in the grinder, it’s not all gloom and doom for the health of the weed. Most people don’t even know the difference between a properly stored or not since most weeds are not properly stored.

Only a few people in a lifetime get to experience the richness of quality weed, the rest are just the ‘OK’ guys.

How to store weed properly?

It’s no secret that when it comes to storing weed, there’s a need for storing it in a cool and dark area which in turn helps to maintain its essential qualities, essential oils, and moisture.

There are also some considerations to be made before deciding where one can store the weed over some time and still maintain its endearing qualities.

Store in a cool, dark place

Since mildew and other mold live within temperatures of 77° and 86° F, the most basic care you need to take is to ensure that your cannabis is kept in a cool, dry location.

Studies have shown that it is advisable to store one’s weed in temperatures ranging between 32° and 68° F.  Anything hotter or colder would bring about undesirable effects to the quality of one’s weed.

Do not expose your weed to light

Ultraviolet rays are harmful to the health of the plant. It has been discovered from research that weed exposure to light is a huge risk factor for cannabis degeneration.

The school of Pharmacy from the University of London realized that light has a serious effect on the destruction of cannabis. Moving wed away from light will definitely increase its life span.

So light exposure should be a major consideration when storing one’s weed, long term or short term.

Do not expose your weed to oxygen

As much as Cannabis needs oxygen to live when growing and curing, but after harvesting, its exposure to oxygen should not be for an extended period.

The experts say Cannabis needs to strike a balance between elasticity and firmness, and weed that’s been exposed to air for too long becomes dry and inelastic and thereon unpleasant.

Where to store weed?

Now that we have come to an understanding of all the considerations that need to be made before storing your weed. We will then look at tested and trusted ways in which our weed can be stored/preserved to maintain maximum quality.

Evergreen pods are pods that are two-way humidifying capsules, that contain specially formed materials that enable absorption and discharge of moisture.

The pods protect your cannabis at a great humidity level that ensures that you enjoy its taste and potency. What you need to do is to keep the pod at the top of a mason jar and that’s what it needs. When properly maintained, your evergreen pods can survive its for 5 years.

You can check here to read more on evergreen pods.

You can store it in a Mason jar 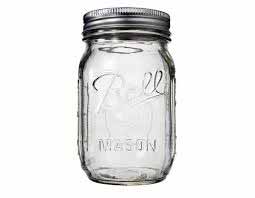 A mason jar can also be used to properly store your weed over a long period. It shields the plant from ultraviolet light and keeps it unexposed to oxygen.

These are containers or weed storage apparatus that come with a weed grinder too. It’s a two-in-one jar that is favorable to the average weed user.

So, while one grinds his/her, you never lose out on keeping it fresh and mold-free.

Where to never store your weed?

Following these procedures leaves us with quality and aromatic weed to enjoy.

Why use a Weed Grinder?

before smoking or vaping, makes it easier to use.

Fresh weed or dry/stored weed, which do you prefer?

Different strokes for different folks,  one cannot deny another the power of choice barring the rationale behind it.

Fresh or wet weed has been known to be very expensive. These are the sort-after weed market because it has the THC literally drooling over it.

The quality of its taste and aroma provide a wonderful experience to the user any day anytime.

Studies have shown that some people prefer dried or stored weed better. They confess to its lack of lungs splitting smoke which the fresh weed can sometimes possess.

To be honest, how many people end up tasting the freshness of a fresh weed. At some point it sounds untrue, that weed can be gotten fresh from the stakes and taken so.

Only a few people out of thousands of weed users would testify to having tasted fresh weed ever. While most have to settle for over-dried weed with little or no potency that leaves you high and dry.

Following public consensus, properly dried or stored weed is the way to go. It provides a balance between overindulgence and poor quality.

If it’s about having a good wee time, I’ll be vouching for the dried/stored good weed to see me through.

How long does weed last before it loses potency?

This is one question that most weed users want to explore. The need to understand the durability of one’s weed gives one the needed edge and knowledge of how to deal with its quality and time.

Like every other matter, weed breaks down and loses quality with time and exposure but there are variables to this. How much exposure, quality of storage, time of harvest, and so on.

Whatever preference a person might have, a wonderful weed remains a great weed.

The need to get higher than the highest mountains and deeper than the deepest oceans.

The need to explore the world from one spot and gain knowledge known to only the gods.

The need to feel your environment and all its entireties deep into your bones. To feel a connection to mother nature and all her wonderful gifts has drawn man to explore the gifts of the WEED.

Does the WEED define you or do you define your weed? Any which way a well-preserved weed is a good way of achieving the proper experience. The guidelines have been set for one to follow to maintain the high potency of the weed one is about to smoke or vaporize.

One shouldn’t leave his/her experience to chance or the elements.