Anytime your ham is overcooked, you shouldn’t think of throwing the pork away, rather you should look out for ways to revive it. Yes, there are ways you can revive your overcooked ham and we will get to it in this post.

Ham can be very tricky when it comes to cooking it, and if you cook It for so long, it gets overcooked. Meanwhile, if you cook it for a shorter time, it would not be cooked at all. Ham is one of the best kinds of meat you can get out there. If you cook a lot you should know that it is possible that Ham can be overcooked. Let us explain what ham is. Ham is simply pork meat, that is pig meat.

Ham is pork that is from the leg of a pig which has been preserved either by dry or wet curing, it can be done with smoking or without smoking. Ham refers to whole cuts of meat. The ham was traditionally made only from the hind limb of pigs. Ham is made all around the world, it is also enjoyed by people all over the world.

Those people who are not really into cooking may be wondering if it is possible for Ham to be overcooked? Well, just like any other food, ham can be overcooked, and we will explain how it happens. When a ham is considered as done, it is usually done when it reaches 145 degrees.

If it goes above this, your ham could be considered overcooked. But the best thing you should do is that you should remove your ham from the oven when it is at 135 or 140 degrees.

If you do this you will less likely have your ham overcooked. It would be just at the right temperature. If by chance it happened that your ham got overcooked, do not panic, you can revive your overcooked ham, and that is what we would be sharing in this article.

What happens when Ham is overcooked

Ham is composed of three basic elements: Liquid, protein, and fats. The liquid makes the ham juicy while the fats are what contribute to the flavor of the ham. When the ham is cooked for a very long time, the liquid and fats will begin to render out, and this is not always a good thing at all.

Without the fats and the liquid what you have is just a flavorless protein. Who would enjoy eating such? It getting the fats and liquid back, remember that you cannot force the fats and liquid into the ham, it has to go through a process, any one of these processes that we have listed out will definitely work and do the job well.

The good news is that you can revive your overcooked ham and you will not have to waste it by throwing them away or even give them to the dogs. After you are done reviving the overcooked ham, you can use it and prepare any meal of your choice and the ham will still remain tasty.

It would take someone to tell you that the meat you are eating was an overcooked ham, you will not even be able to notice the difference at all.

We would be sharing the steps on how to revive your overcooked ham in this article, if you had your ham overcooked, you will be getting a solution to that right now. You should follow them religiously.

This is How to revive overcooked ham

Cook it in Liquid

This is the first thing you need to do if you want to revive overcooked ham. If you had an overcooked ham, you do not need to think that the worst has happened, the ham can still be revived again and made edible. The idea of the whole process is to return some of the moisture that was lost when your meat got overcooked.

Pour about one cup of broth into the pan, a broth is a liquid made of water, in which bones and meat have been simmered. When you have done that the next thing to do is to put back the ham in the pan which contains the broth. Then you should put it on the fire and allow it to boil.

Cover it and then make sure that you lower the heat so that it can simmer. The ham should simmer in the broth for about three minutes, remember that the broth is the liquid from a simmered meat or bone. The broth is important because it helps to bring back the taste and spices that must have been lost in the overcooked ham.

Bast the ham with the broth and then when you are about to serve the ham you need to, first of all, reduce the broth until sit is slightly thickened. When you are done doing this then it is ready to be served.

There are other ways you can revive an overcooked ham, this is not the only way, we will share other methods which you can use in reviving your overcooked ham.

It is left to you to choose which of these methods you would love to adopt, whichever method you end up using, you are likely to come to the same result. Let us take you to the next method that you can use in reviving your overcooked ham. 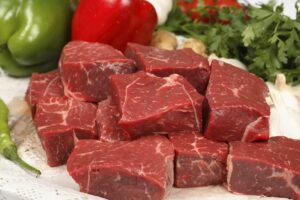 Chop it and cook

Aside from the first step that we have explained, this is another way that you can revive your overcooked ham. You should not completely rule out your ham if it gets overcooked. Overcooked ham usually makes it so dry, it is probably the worst kind of meat that you can have, meat that is so dry is not usually the best, and this is what happens when your ham becomes overcooked.

What you can do to revive your overcooked ham is to chop it into smaller chunks and then make a stir-fry. What this means is that you are stirring it on a pan that is overheated. Then you can go ahead to shred it, and then place it in the slow cooker, perhaps with something like barbecue sauce.

By doing this you can revive your overcooked ham and transform it into something that is very tasty and you will not even be able to recognize that the ham was once overcooked.

Simmer the ham into a soup or stew

You should only make use of this step if you notice that the ham has become too tough to eat when it became overcooked. For this step, what you need to do is to completely overcook the ham until it becomes tender again.

If you want to make it easier for you, what you can do is that you can simply make use of a pressure cooker to hasting the rate at which the ham gets tender. Instead of completely throwing your ham away when it gets overcooked, of course, ham or any kind of meat does not get over intentionally, if your ham gets overcooked, you do not need to throw it away at all.

With these steps we have shared you can successfully revive your overcooked ham and it will look like it was newly cooked.

An overcooked ham does not need to be thrown away; you only need to do a few things to it that will disguise the dried-out taste of the ham. From these different steps that we have listed here, you have already seen that there are multiple ways you can revive your overcooked ham.

If you throw it away you are making a mistake. The next time that you accidentally overcook your ham, you can make use of any of these methods that we have listed here to help revive your ham. One of the ingredients that helps the overcooked ham to regain its taste is the stock. The stock is the liquid in which meat or bone is cooked.

If you are reviving your overcooked ham you should not overlook the stock, it plays a very important role in the revival of the overcooked ham. The stock gives it an extra juicy boost. What actually happens when ham overcooks is that you are usually left with a flavorless protein.

Final words of how to revive overcooked ham

Having an overcooked ham happens most times by accident, it is not usually intentional. But when it happens you should not throw the ham away; you should try these methods we have given already.

Ham and other meat are usually juicier when you have it cooked for a longer period of time. If you increase the heat of the fire you are more likely to have an overcooked ham, this is because the ham will be heated quickly and the rate at which it boils and cooks will be very high, if you are not watchful, your ham could be overcooked and you will not like the outcome.

Another thing that causes ham to be overcooked is when you are multitasking in the kitchen. This happens as a result of the many things you may be doing in the kitchen, when this happens, you may even forget that you have your ham on the fire, this could cause you to have an overcooked ham.

If the situations call for you to multitask by all means, what you need to do is to make sure that the timer of your cooker has been set, if not you are risking your ham being overcooked. One last thing you need to do to prevent this overcooking of ham is t avoid distractions in the kitchen, Distractions are those things that can take your mind and attention away from the fact that you have something on the fire.

Some of those distractions are social media, the TV, and all other distractions. But these two we just mentioned are the major ones that do distract people a lot in the kitchen. Make sure that you cut off all distractions so that you can focus on the ham you have on the fire.

When you stay off from these distractions you will be able to focus on the ham you are cooking and you will not have to risk it being overcooked again. By doing these things we have recommended you will have a more delicious meal and also a happier home.