One of the ways I preserve my deer meat after thawing is by putting it in the fridge and setting the temperature to 40°F or less and the meat is preserved for 1 to 3 days till I’m ready to prepare and cook. 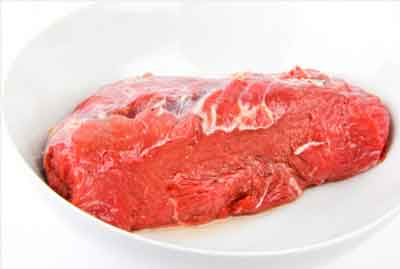 Thawed venison tends to drip and can contaminate other foods or ingredients if it is kept close to them.

So, what I do is keep the venison in a separate part of the fridge or at the lower part. So, even if it drips, it will not touch the other foods kept in the fridge.

After your preferred duration of freezing the deer meat, and it is time to thaw the meat for use, either to eat, grind or defrost in an environment that will not cause harmful bacteria to build up in the meat, the best method to use is putting it in the fridge.

This can take up to 1-2 days or more. Keeping frozen deer meat in the fridge is a very slow but safe process of thawing.

Usually, I advise my friends that meat should be cooked immediately after thawing.

Thawing deer meat can be done in so many ways, but most times after thawing you have to cook immediately.

Thawing deer meat by refrigerating is a better method that will keep your venison for 2-3 days till you’re ready to prepare, cook and serve.

It is important not to keep ground deer meat longer than 2 days, when meat is kept longer and you want to know if you can still eat it, smelling the meat is a very good way to know.

If it smells bad, then it really must have gone bad.

You will wonder why ground deer meat doesn’t stay so long in the fridge after thawing.

This is because ungrounded deer meat has less surface area and bacteria grows easily on surface areas.

So when the meat is grounded, it goes bad faster because it has lots of surface areas and it comes in contact with lots of surfaces which makes bacteria grow quickly on the exposed surfaces.

Grounded deer meat that was previously put in the freezer and is now left to thaw is more susceptible to getting bad easily and should not be kept in the fridge for a long time before preparing and cooking. 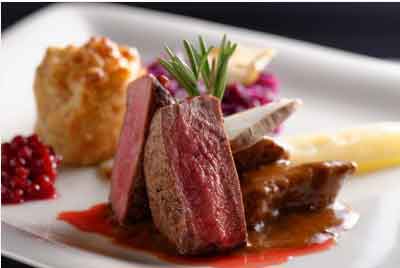 Cooked ground venison can stay in the fridge for 3 – 4 days after thawing.

Sometimes, this can vary based on how well you prepare and cook your venison before freezing and thawing.

In order to have good quality and fresh venison that has not lost its taste, you must make sure you prepare and cook venison well.

Cooking well (not overcooking) would make the meat tender and this is determined by a food thermometer that is used to check if food reaches the right temperature.

Most times, checking for color and texture might not be the perfect indicator that meat is well cooked.

When you’re sure meat is well cooked, package and wrap tightly to store in the freezer.

Normally, ground deer meat might not stay for as 1 – 2 days after been thawed, but if it has been well-cooked, it will stay for a day or two days longer.

How to prepare deer meat before keeping it in the fridge

Deer meat needs to be taking proper care of during preparation in other to prevent the risk of contracting a food-borne illness.

Also, clean your knife frequently while cutting to avoid contaminating the meat.

If you’d like to cook venison before keeping it in the fridge, make sure you don’t overcook it.

Overcooking will make your venison lose its quality. Unlike other meats, venison cooks faster and should be monitored. The heat should also be kept at a 130-degree temperature.

Don’t try to cook venison like corn beef or any other meat, this might affect the cooking result.

If you also prefer to freeze your venison, before or after cooking, this is also a good way to preserve deer meat.

Freezing preserves for longer periods of time and you can put your deer meat in the fridge for thawing or preservation after it is freezed.

There are several other ways you can preserve deer meat other than keeping it in the fridge. Keeping in the fridge is a very good method of preservation but it is not the best.

It will only last for days or weeks depending on the deer and how it was prepared before refrigeration.

Here are some other ways you can preserve deer meat:

Sometimes, I like to try out new ways of preserving my meat, and I’ve noticed smoking and curing really work.

You can decide to just smoke your meat, and you can also decide to cure the meat. It all depends on you. Doing both is also a very good way to preserve your meat and rid it of all forms of contamination.

Smoking is an old form of preserving meat and it is mostly used for air drying and dehydrating meat.

Curing is also an old preservation method, it is laying/ hanging down your meat and putting salt on them.

You can also cure and smoke your meat.

This is weighing down your meat in a crock surrounded by a mixture of water, sugar, and salt. It is a simple and old method of preservation.

Pressure Canning is using a pressure canner to preserve your meat. It is a popular, simple, and affordable method of preservation and it can be reheated when you want to eat the venison.

You should get a good pressure canner.

You can also use a dehydrator

Dehydration is drying your meat with the use of an electric dehydrator or solar dehydrator.

Make sure your meat is dried up before using either of them so you will get the best results.

The Excalibur 9-Tray electric dehydrator and The KinoSol Eco-friendly solar food dehydrator are great dehydrators you should check out.

One of the best and longest methods of preservation. Freezing allows you to preserve your meat for as long as 9-12 months.

Some people even say you can preserve deer meat for up to 2 years with a freezer.

In order to freeze meat, wrap tightly in a neat package and make sure air cannot get through the package.

Also note that deer meat should be rid of water, so bacteria won’t grow on the surface.

How long is Vacuum-Sealed Deer Meat good for

Normally, freezing deer meat can preserve meat for more than 2 years. Using vacuum sealing will keep the deer meat for 6 – 12 months before it goes bad.

Refrigerating deer meat takes up to 2 weeks before it goes bad, while vacuum sealing your venison and placing it in the fridge takes 1 – 2 days.

Vacuum sealing meat is a method of keeping air away from meat by sealing food off in a tight plastic package.

It is a well-proven method of keeping food fresh for a longer time.

Vacuum sealing is sealing off the meat so that bacteria, fungi, mold, and other oxygen-causing bacteria will not be able to grow on the meat.

It is an even better method of preservation because it keeps your meat fresh, tender, and just as juicy as it was the very first day you sealed the meat. This maintains the taste and texture of your meat.

How can you tell if frozen deer meat is spoiled?

There are several ways to tell if your frozen deer meat is no longer okay for consumption.

It is also very important for you to know some of the various signs to notice when your frozen deer meat is spoiled.

Check the color of your frozen deer meat after it is thawed.

Your meat should be brownish dark red and anything apart from that is an indicator that your meat is bad. Seeing brown blood rather than red blood might be another good indicator.

It will have a very bad odor the moment you open the package used in wrapping the deer meat before placing it in the freezer.

It might be a little hard to get the smell while it is still frozen, so it’s best to leave it to thaw then smell again.

Fresh deer meat has a distinct fine meat smell, so it will be easy to detect bad-smelling meat.

Meat has a slimy surface

Another indicator that the meat has gone bad is by touching the surface of the meat.

If the surface is slimy rather than smooth and if it has a weird color that is different from the normal color the meat had before you froze it, then the meat is bad.

Preparing and preserving deer meat can be a whole lot of work. But it is totally worth it for the tasty and delicious result gotten when deer meat is well prepared and preserved.

In order to get your desired result with deer meat, make sure you note the duration of different preservation methods and decide which one works for you.

Also, make sure you’re careful not to let the meat get contaminated in the process of preparation and preservation.

And if it gets bad, make sure you get rid of the meat immediately to save your health.