Sure, you can grate Cinnamon sticks. Most people use graters, or spice grinders to prepare cinnamon spice sticks and this is not a usually heavy task. Once you have the right kind of fine grater box, you can easily grate to your preferred texture. 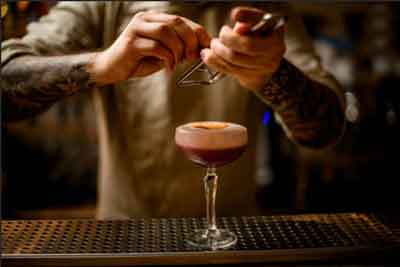 Cinnamon is one of my most favorite spices. I recently discovered that it is an edible bark of a cinnamon tree that is used for flavoring different varieties of food and it originates from Southeast Asia. It is medicinal and nutritious as well.

It is usually peeled off the tree, then sun-dried, before rolling them. In order to prepare cinnamon sticks, there is always the need to crush them into favorable pieces that will make both the taste and the texture better.

It is said that grounded cinnamon normally produces a better taste than grated ones. That might just be one of the so many reasons why grating is different from grinding them.

Grinding your cinnamon sticks turns it to a full powdered form and is becomes denser and concentrated than the grated product.

Grating it although, does not involve too much work. Good spice graters like the Coriander Multi-functional grater. Although, it proves a physical task as some people will just use a coffee grinder.

There are a handful of methods I know of in preparing cinnamon sticks in a grated texture. The first and most obvious one is by simply using a box grater.

There are so many great choices in your nearest supermarket store. I always try buying a greater that will give me a medium-fine texture for preparing many meals. 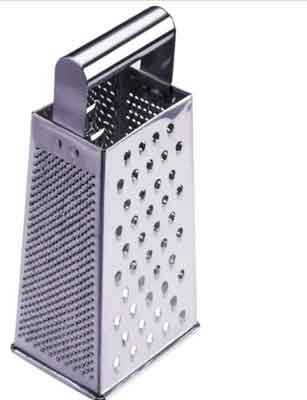 There are some good-quality box graters that can be able to grind your cinnamon spice into desire levels.

Simple stick the sticks into the box and manual wing, it will crush the residue into the carrier and the texture are usually medium-fine. Great for spicing.

Microplane Zester Series is also one very useful tool for me in preparing my cinnamons. I usually grate with consistent direction. I press it against the Microplane with even force and keep on striking while the residue falls on the bowl.

Yes, it is true that micro planes also, won’t give you the avenue to grate much quantity because it is designed for sprinkling. 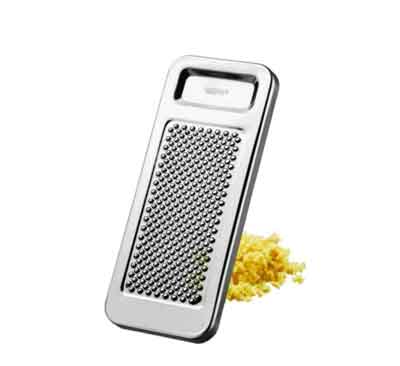 There are lots of spice graters you can find on Amazon. These tools are designed specifically in grating tough-textured spices like nutmegs, garlic, and cinnamon.

They are very effective in achieving great textures depending on the way you use them. They are also very affordable and durable too as most of them do not easily rust.

I normally grate as many cinnamon sticks as I am going to need. This tends to make it a daunting task for me but I sometimes, use a blender to assist me.

Blenders don’t really have the blades to grate more cinnamon sticks at once. That is why I usually take my time. Some brands of blenders will not grate cinnamon sticks over a long period of time as well.

The Ninja blender has got some powerful blades I make use of sometimes. It is one of the hardest spices but always worth the energy if you ask me.

Hey, who said you can’t pound your cinnamons into a grated form? It is very possible and easy as well. Just get a kitchen mortar and pestle and then pound gently.

This process doesn’t usually take long. I for most, prefer my texture in smooth, grated form so when I first used the mortar and pestle, I pounded lightly so it would get to the ground stage.

One other tool I can remember I have used for preparing my cinnamon is a nutmeg grater. There are tools like this in the market specially designed for grating nutmegs like the Norpro.

They are a bit different from the micro planes and regular spice graters in terms of quantity and texture they produce. This is because their teeth are smaller than regular graters and won’t grate as much quantity of cinnamon you need.  It is also a very good option though for spicing.

We should treat our spices with as much care as we give the rest of our foodstuffs in terms of preservation, freezing, storage, you name it. Preserving my cinnamon spices has always saved me money and energy not to prepare another batch. Also, when I store well, my cinnamon sticks will always taste and scent better.

There are so many brilliant ways of storing cinnamon spices both in their processed form and their grated/grounded form.

Firstly you can store your cinnamon sticks in a tightly concealed container to trap the scent and flavor. This is also protecting it from allowing other elements to contaminate its fragile natural scent and flavor.

A set of cinnamon pulled out from concealed containers usually does a lot of justice to my meals. Cinnamon sticks do not get spoilt but they can lose their flavor very easily.

Another great way I used in storing my cinnamon spices is refrigerating them. In both the raw and grated form, cinnamon can do very well in cold and dark places.

This naturally improves their scent and taste, especially when kept for longer periods. They don’t get spoilt or rotten until after 4 years and can stay fresh for over a year when continuously refrigerated.

There was I time I simply tried to keep them off from sunlight. Before I learned more about storing them, I once kept them on an isolated corner of my kitchen shelf. Usually cold, dark, and away from the sun’s heat, it is also another effective way of storing your cinnamon and it won’t still lose its quality.

You could also use foil paper by wrapping your cinnamon sticks inside and storing them in temperate areas. Although this method isn’t very effective, foil papers can come in handy when you try to refrigerate them like I earlier mentioned.

This paper will protect the stick’s surface from getting damp as dampness is one of the factors that can de-flavor cinnamons.

You can spice up your warm morning tea or coffee with some cinnamon flavor. This can be done by simply grating a stick into the infuser before preparing.

You can also simply sieve out the residue if you chose. It gives your coffee and tea some much-needed flavor and sophisticated scent. It also goes well with other spices like ginger, and clove in terms of taste.

Used as a meat flavor

This is another common use of cinnamon. Here, it works better in the powdered form as a spice for pork, chicken, or beef. It gives your meat an improved aroma without disrupting the taste.

In most revered African and Middle Eastern dishes, Cinnamon is mostly used for adding both taste and aroma to curry fried rice meals.

The stick is grated with a micro-plane spice grater and sprinkled into the steamer while the rice is cooking. If you are not using cinnamon for preparing rice and most grain meals, then you are missing out on some quality benefits of cinnamon rolls.

If you want to prepare a soup where the broth really comes out, some grated cinnamon is just the right secret ingredient. This point I am trying to make is more directed towards the fact that cinnamon barks contain anti-fungal and ant-bacterial properties.

I mean this spice has a lot of health benefits that go in line with a herbal broth. Like leaves and bones.

Can be used to prepare quality oatmeal

Cinnamons can represent so many other spices in preparing some of our best meals. Grating a cinnamon stick into grainy meals like oatmeal can increase the taste and overall quality to a whole new level. It adds some amount of sugar-sweetness, jam, and fruit flavors.

Only a few know that cinnamons can be a very good spice-up for our favorite hot drinks. They can also be grated and poured into the drink. There are very good spices for latte, cocktails, coffee, ciders, wine, and cocoa drinks.

Grated cinnamon sticks can be used for treating fungal infections. There are many medicinal processes used to prepare cinnamon for toothache.

It can be prepared with warm or hot water too. No wonder Cinnemaldehyde, a cinnamon extract, is one of the most common antiseptics.

I feel like I have said enough in trying to broaden the scope of not only the use and benefits of cinnamon bark but of spices in general.

In order to keep our three-square meals in that desired quality we need, we should feel obliged to always have good spices lying around on our kitchen shelves.

It is always important to know the uses of such good spices and also tips on how to preserve them. Cinnamon is one of the best food spices I have used and I will always recommend it to a friend.